I sit cross-legged on my bed flipping through my journal-debating if I should read what I wrote in my journal when I was still with the bf.

Maybe I lost or maybe I won, but I read.

Many of the entries without dates. Many entries about my googly feeling about my boyfriend.

Many entries with questions and unknowns.

Many of the entries are questions I have now and the unknowns I’m experiencing.

One grave difference I notice. Maybe you have too.

Same questions but from a different person.

A different person from 11 months ago, taken, yes.

I’m doing what I have known to do the past 11 months,

those times when I don’t know-what I am doing.

There is a light at the end of the tunnel. 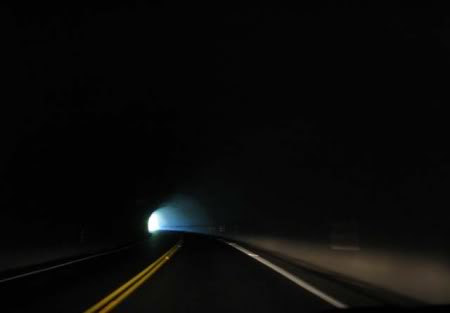 Yes, a faint and sometimes flickering light  but still a light.

Election Day was yesterday. I voted, did you?

With Sunday morning’s message fresh in my mind, I decided to look up for myself a few of the things talked about. The main thing…is the so-called separation of church and state, a term coined by Jefferson as the media happily bestows it upon him.

With the comments on this post in mind I decided to do a quick research.

Congress shall make no law respecting an establishment of religion, or prohibiting the free exercise thereof; or abridging the freedom of speech, or of the press; or the right of the people peaceably to assemble, and to petition the Government for a redress of grievances.

Copied and pasted from Bill of Rights from archives.gov

I think it’s pretty straight forward from the language: Congress, stay out.

Jefferson’s letter: Copied and pasted from Library of Congress

To messers. Nehemiah Dodge, Ephraim Robbins, & Stephen S. Nelson, a committee of the Danbury Baptist association in the state of Connecticut.

The affectionate sentiments of esteem and approbation which you are so good as to express towards me, on behalf of the Danbury Baptist association, give me the highest satisfaction. my duties dictate a faithful and zealous pursuit of the interests of my constituents, & in proportion as they are persuaded of my fidelity to those duties, the discharge of them becomes more and more pleasing.

Believing with you that religion is a matter which lies solely between Man & his God, that he owes account to none other for his faith or his worship, that the legitimate powers of government reach actions only, & not opinions, I contemplate with sovereign reverence that act of the whole American people which declared that their legislature should “make no law respecting an establishment of religion, or prohibiting the free exercise thereof,” thus building a wall of separation between Church & State. Adhering to this expression of the supreme will of the nation in behalf of the rights of conscience, I shall see with sincere satisfaction the progress of those sentiments which tend to restore to man all his natural rights, convinced he has no natural right in opposition to his social duties.

I reciprocate your kind prayers for the protection & blessing of the common father and creator of man, and tender you for yourselves & your religious association, assurances of my high respect & esteem.

Here’s the Mayflower Compact taken from University of Chicago website.

I shall a little return back, and begin with a combination made by them before they came ashore; being the first foundation of their government in this place. Occasioned partly by the discontented and mutinous speeches that some of the strangers amongst them had let fall from them in the ship: That when they came ashore they would use their own liberty, for none had power to command them, the patent they had being for Virginia and not for New England, which belonged to another government, with which the Virginia Company had nothing to do. And partly that such an act by them done, this their condition considered, might be as firm as any patent, and in some respects more sure.

The form was as followeth:

In the Name of God, Amen.

We whose names are underwritten, the loyal subjects of our dread Sovereign Lord King James, by the Grace of God of Great Britain, France, and Ireland King, Defender of the Faith, etc.

Having undertaken, for the Glory of God and advancement of the Christian Faith and Honour of our King and Country, a Voyage to plant the First Colony in the Northern Parts of Virginia, do by these presents solemnly and mutually in the presence of God and one of another, Covenant and Combine ourselves together into a Civil Body Politic, for our better ordering and preservation and furtherance of the ends aforesaid; and by virtue hereof to enact, constitute and frame such just and equal Laws, Ordinances, Acts, Constitutions and Offices, from time to time, as shall be thought most meet and convenient for the general good of the Colony, unto which we promise all due submission and obedience. In witness whereof we have hereunder subscribed our names at Cape Cod, the 11th of November, in the year of the reign of our Sovereign Lord King James, of England, France and Ireland the eighteenth, and of Scotland the fifty-fourth. Anno Domini 1620.

The following URL: http://memory.loc.gov/cgi-bin/ampage?collId=llfr&fileName=001/llfr001.db&recNum=480&itemLink=r?ammem/hlaw:@field(DOCID+@lit(fr001134))%230010474&linkText=1 is a page where you will find surprising statements such as, “humbly applying to the Father of lights to illuminate our understandings…” “when we were sensible of danger we had daily prayer in this room for the divine protection” “observed frequent instances of a Superintending providence in our favor” “God governs in the affairs of men” “in the sacred writings ‘except the Lord build the House they labor in vain that build it'”

I don’t see much separation of religion and politics. I do see religion governing choices and decisions.

Am I wrong? Does anyone else have any other examples? I would greatly prefer using History. 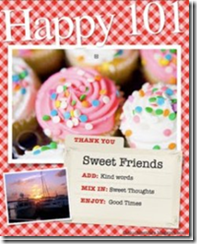